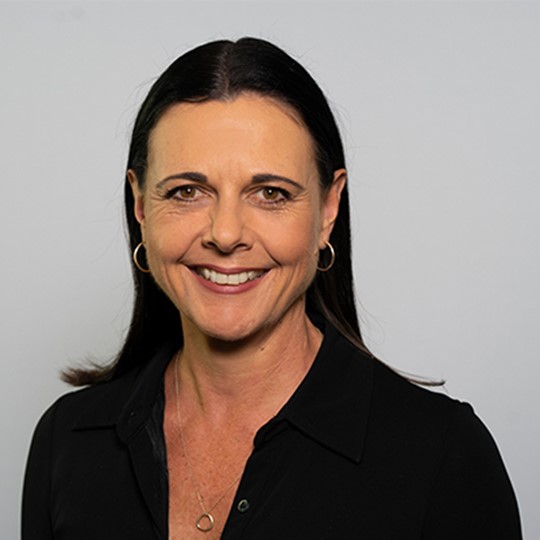 Good afternoon Jenni, thank you for making the time to talk to us. I wonder if we could kick off by you giving us a little detail on your role at Liberum and how long you've been here?

Sure! I have been at Liberum for quite a long time; almost since it started. I probably joined about nine months in, and when I joined I worked in corporate access, which I did for about six or seven years.

Then I left as I was doing a degree to complete my final year. Then, after it was complete, I came back to work for the Chairman and the CEO (at the time) as his EA; I've more or less stayed in that role ever since.

When the Chairman and CEO, Shane, stood to one side (he’s still a member of the board), we had a new Chairman and a new CEO and I look after them too!

So, what does Corporate Access entail, and how is that different from the role that you’re doing now?

It’s dramatically different. Well, I say it's dramatically different, but it's not really in some respects. Corporate Access is a term that's not really used as much in the city as it was prior to MIFID II. Basically, I've always thought of it as being a bit like a corporate matchmaker. You try and get companies that need investors to meet investors that are looking for companies.

You don’t want too much of one type because each type has advantages and disadvantages.
It's quite thoughtful; good investment bankers are always looking at share registers of the companies that they advise and looking to see how they can help the company achieve its capital market goals. That's it in a nutshell. Nowadays it's less called Corporate Access, it’s a much more an IR function.

When you are working in corporate access or investor relations, there's a lot of kind of organisational skills that are needed in terms of kind of managing schedules and managing logistics and maximizing the use of key stakeholders time in the most efficient way. I would say that that's where the crossover probably is with my current role, because a lot of what I do now is gatekeeping; and trying to schedule everybody in the most considered way so that they maximize their days in the most productive and efficient way.

What does an average day look like for you?

Don't think that there's such a thing as an average day! I think that is one of the most appealing aspects of this role. I think that when you're in EA, no two days are ever quite the same. There are certain things that do run through them all though.

No two EA roles that are the same! An EA is different to a PA. I think a PA has a much more administrative focus. A PA is often looking after somebody, looking after their diary and looking after their world, making sure that they have all the documentation they need when they need it. An EA role has some similarities, but you must also have a lot of initiative and you've got to understand a lot about the business. It's not just purely a functional support role. You've got to identify when things aren't going very well and flag them. You've got to be quite sensitive to nuances, pick up relevant information and feed through at helpful times.

It is being a bit of a Jack of or Jill of all trades, and no two days are the same; one day you can be catering for a party of 150 people and the next day you can be looking at health and safety regulations to make sure you have enough fire wardens or first aiders for the number of staff you employ.

Which would you say is more important for your doing your job; the knowledge of the company that you have gained from being at Liberum in a previous role, albeit in a different department, or your experience in other companies?

I think probably the one thing I would say (I'm sure that everybody thinks this about the company that they work for), but Liberum is pretty unique. It's necessary for new people to come in and bring different ideas and different cultures and for us to grow and learn from that. But the reason that Shane asked me to come back was that I understood the business so well because when I worked in corporate access I worked with all departments – from the market makers, to bankers, the sales team and the analysts. I worked across multiple parts of the business so I understood how it hung together as a business, and I think that that's quite important.

I think it would be quite difficult for somebody to come in and learn it from scratch and it would take time to be able to work effectively. It takes time to learn the nuances and in this kind of role that’s really valuable. So definitely being in the firm a long while helps me to do my job better.

There are a bunch of genuinely good people here that I enjoy working with. I think at the end of the day, that's the most important thing.

Have you always worked in financial services, or have you worked in different industries?

I worked in corporate communications for quite a long time; that was where I started my career.
I was working in a finance type role, but not in investment banking or financial services; I worked in a finance department for a large company that employed about 1,500 people, working for the Finance Director. I was doing an ACIS part-time whilst I was working and that was really useful. As a result of that I realised that I was never going to want to be an accountant or a company secretary necessarily, but I really liked business. So then I ended up in corporate communications and worked for a number of different companies and got into financial PR.

What was it about Liberum that appealed to you so much that you've joined twice?

I'm not alone. There are a few of us boomerang kids!

I guess to a certain degree it’s the people; there are a bunch of genuinely good people here that I enjoy working with. I think at the end of the day, that's the most important thing. I've worked in companies where I haven't really liked people very much, or where I haven't had a decent relationship with my boss or my colleagues and it really makes coming to work a completely different experience.

When Shane asked me if I'd consider coming back, we were actually talking about doing something completely different, but then it ended up falling into place that this is what I ended up doing.

What is one thing about you that most people don't know?

I was a competitive athlete when I was younger and I got very interested in fitness and nutrition to enhance my performance. I started by studying nutrition and then I kept getting more and more interested in this after I stopped running.

I’m really interested in the human body and Wellness. This culminated in doing numerous different diplomas and then a degree in Traditional Chinese Medicine, specializing in acupuncture rather than herbal medicine (those are the two different paths that you can take).

I am an Acupuncturist and a Nutritionist and a Naturopath and a yoga teacher and a Personal Trainer! I work at Liberum part time, and then the rest of my week I see people in a clinic setting. I try to help people get better if they are feeling unwell, or injured, or stressed, or anxious or depressed, or all of those things!

I enjoy it a lot and I think that it feeds into one of my many responsibilities at Liberum; that of company Mum/Doctor!

Thank you so much Jenni, for taking the time to talk to us.