We are pleased to announce that Liberum has successfully raised £48.0 million in connection with the AIM IPO of Virgin Wines. The shares were admitted to trading today, 2 March 2021. 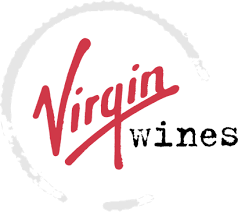 Virgin Wines UK plc (“Virgin Wines” or the “Group”) is one of the UK’s largest D2C online wine retailers. It curates and sells its high-quality wines to retail consumers in the UK through two subscription schemes and a pay-as-you-go offering. The Group also sells a range of beers and spirits and operates a B2B sales channel for corporates.

On Admission, the market capitalisation of the Group was approximately £110 million.

The successful raise of approximately £48.0 million (the “Placing”) attracted strong support from high-quality institutional investors and was significantly over-subscribed. The Placing included raising gross proceeds of £34.9 million for the selling shareholders, which allowed for a full exit for Connection Capital LLP and a partial exit for the Directors and senior management. Four VCTs advised by Mobeus Equity Partners LLP have retained their full holdings in Virgin Wines and will subsequently hold approximately 36.1 per cent. of the issued ordinary shares on admission.

The Placing also raised gross proceeds of £13.0 million for the Group. The net proceeds will be used to repay existing loan notes and preference shares.

Liberum acted as Nominated Adviser and Broker on the IPO, and is retained as NOMAD and Sole Broker to the Company post Admission.