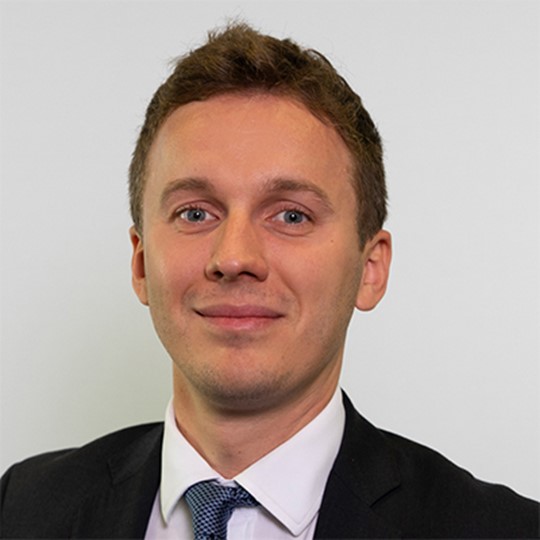 Morning Dan, thanks for making the time to talk to us. I wonder if we could kick off by you sharing how long have you been at Liberum, and what do you do here?

I've worked at Liberum for going on for 14 years now, so you could say I’m a (very small) part of the furniture! I currently work on the execution team here, primarily on T-REX, our retail trading algorithm, but I've got to this role via some other departments along the way.

So then please could you tell us, how has your career progressed since starting at Liberum?

I started at Liberum at 17 and I came in as a junior on the settlements team. The firm had just begun trading in the September of 2007; I joined in November.  I was pretty much the office junior and I even did a bit of Reception cover at lunchtime! I worked in settlements for a number of years; I think seven years in total, but as the firm grew, so did the team, and so did my ambition. Over time, I was more involved with the corporate action and deal side of things in Settlements which meant greater front office interaction, and there was a restructuring on the market making desk where an opportunity opened up.  Trading was something that I had always wanted to do and so I asked for the chance to be considered for the role. 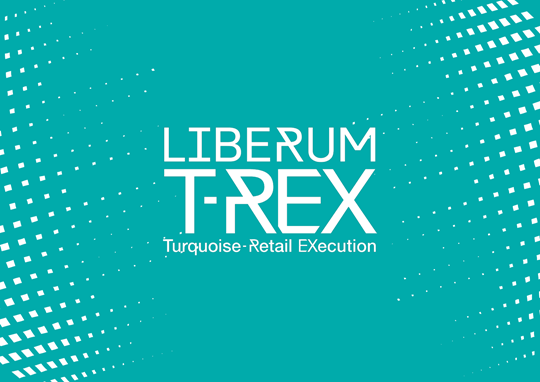 Now, one of the best things about Liberum is that you will be given the chance to progress internally if they think you are the right candidate.  I was fortunate enough to get the role, and that was where I cut my teeth on the trading floor for the next couple of years. After two years, like a chess piece I moved again within the team when I was lucky enough to be asked to consider a role developing and marketing the new electronic trading product that we were launching: T-Rex. And as I mentioned, that's what I do now.

T-REX is our dark aggregation tool which mixes retail and institutional liquidity at mid-price.  Post MiFID II, as a firm we wanted to create a way in which retail could have access a fair price on a consistent basis vs traditional dealing methods, and access to dark liquidity on an institutional framework.  As it turns out this retail element has proved the hook for institutions who also want to trade in T-REX and interact with that flow, and I’d like to think that, although it is still fairly early days, it has proven to be a great success so far.

What is your favourite thing about your role at Liberum?

I like the fact that it is very varied. Electronic trading isn't necessarily something that would come naturally to me on the technical side of things, so it's really given me the opportunity to learn a bit more about that technical side of trading. I also like the fact that your days aren’t the same. Obviously, you're trading live markets and things change by the minute, so it keeps your day interesting. But what I really love is the fact that the job gives me the opportunity to meet lots of people and make new and hopefully beneficial relationships for myself and for the firm.

And is that what motivates you about your job? What is it that gets you out of bed in the morning?

I guess what motivates me to come in each day is that I think it's a very entrepreneurial firm. There's plenty of energy in the room; it's a collaborative atmosphere and a collaborative team that I work with, and there's lots of ideas being bounced around. I think it just creates a good, energetic working environment. The other thing is a genuine enjoyment of the job; I count myself very lucky to have been given the opportunities I have, and you know I really enjoy coming in every day and doing what I do.

OK, final question. What's one thing that you enjoy that most people don't know about you?

The problem is because I talk so much everyone knows everything about me! I'm quite a stereotypical 31 year old bloke.  I suppose I quite like my food. I like nice restaurants, but I also like trying lots of different cuisine; I like to try places that may be a bit more off-piste, and cuisine that is a bit different. And just generally finding new places to eat.

My favourite restaurant at the moment is a tapas restaurant called Andanza at London Bridge (a fine recommendation by Chris Howlett) and it's a really, really lovely place. Very authentic. They’ve got some great bits on the menu and a great host guy called Paco who likes the banter. It’s a great spot for a date, or you could even go there with clients for a more low-key evening and a few cold beers. The food there really ticks all the boxes, as did the wine, or several bottles of it!

Thanks so much Dan for taking the time to talk to us.

Now, one of the best things about Liberum is that you will be given the chance to progress internally if they think you are the right candidate.